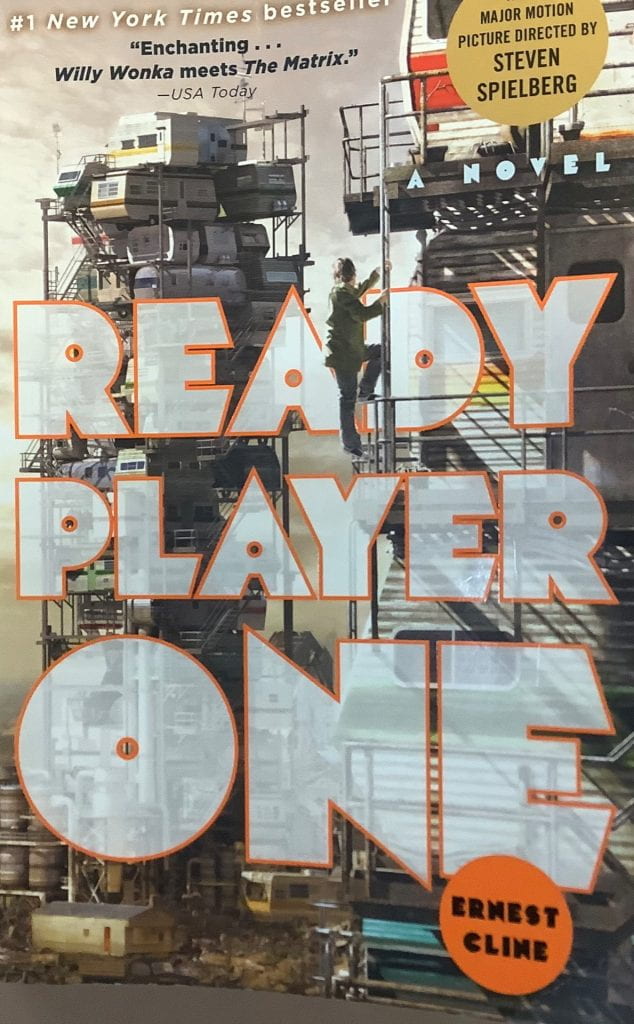 My book is called Ready Player One. This book was written by Ernest Cline. This book is about a kid named Wade Watts and a huge video game contest on vr. This book fits in science fiction. Wade ends up getting the first key and ends up only being the start. A window is different from your life in a big way and a mirror is mostly like yours.

This book is a window and a mirror for me. This book was a mirror because I have done video game contests but the most I have seen was 1,000,000 dollars but was too young. But it is also a window because in Ready Player One you can win a trillion dollars and  complete ownership over an escape for most of the world. 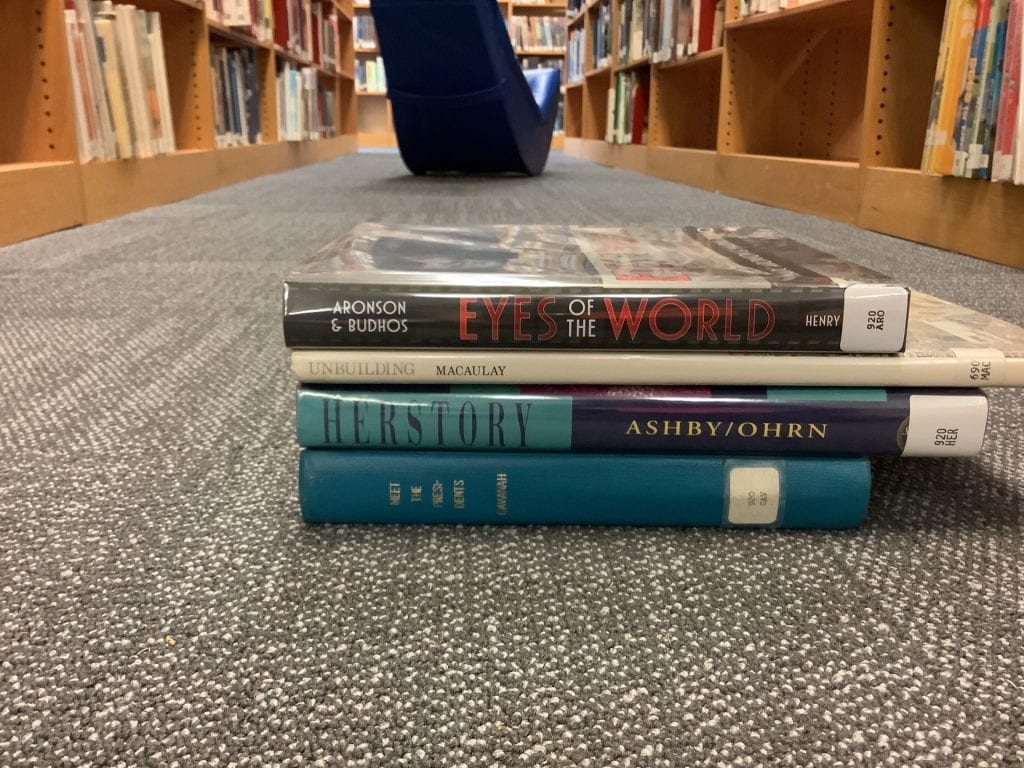 EYES OF THE WORLD 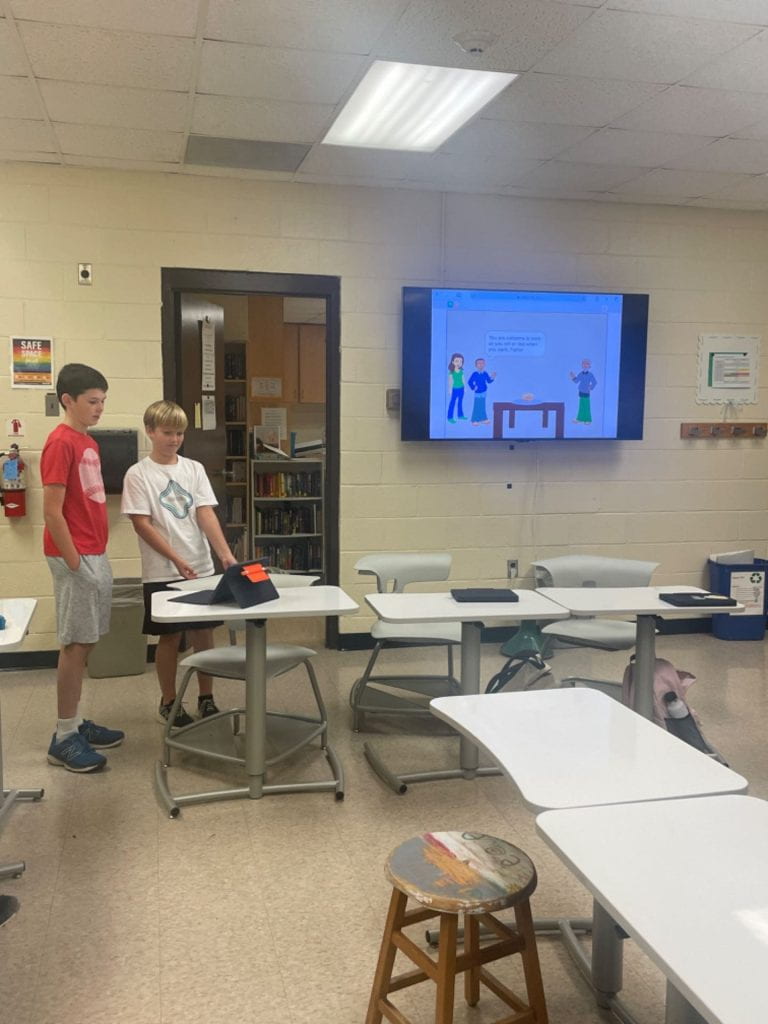 Bet you’re wondering what this is. It’s a photo of me and a friend Ryan and our
Scratch project. It was about a Wisdom Tale called The Wooden Bowl. We made a
virtual remake of it using Scratch.

The Wooden Bowl is about a family that lives with the grandpa but he keep getting weaker and weaker. Eventually when the family had a child his hands were shaking
when he was holding him. The family then got him a separate table and after braking
many bowls the gave him a wooden bowl. When their child got older he made his parents a wooden bowl for them when they are old, and that act caused them to start being nicer to their grandpa.

I like this story because it gives a good lesson. It helps you learn to treat others the way you want to be treated. 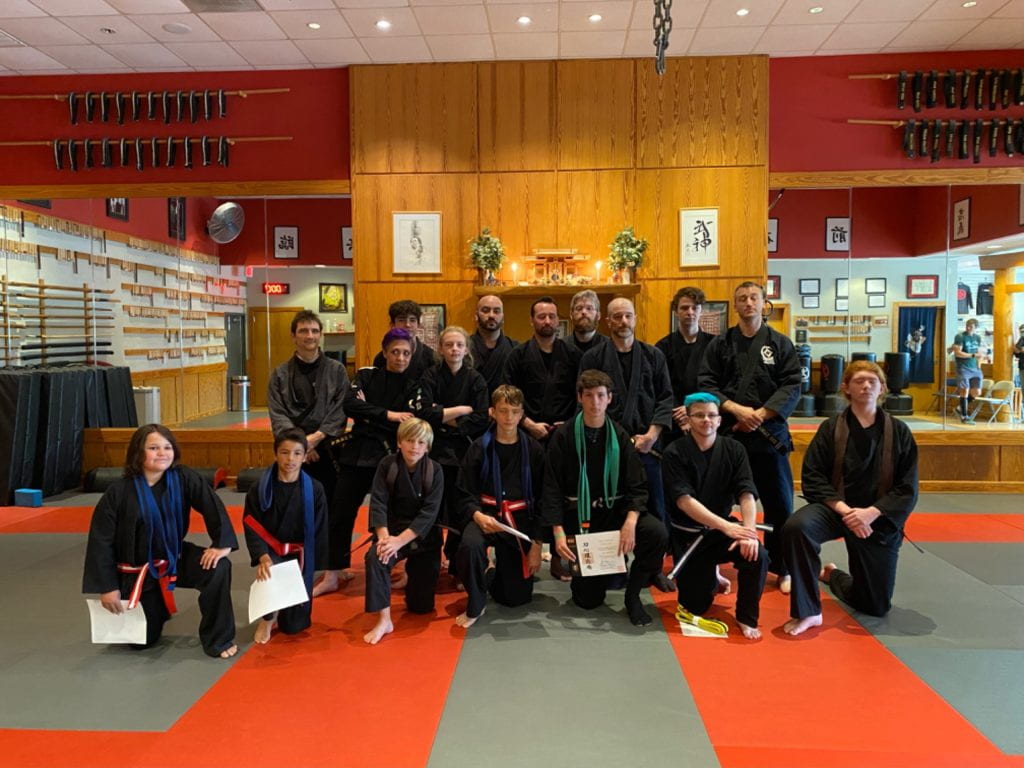 This is photo of me after getting my brown black belt. I am the kid on his knees below the person with purple hair. Durham Academy is where I started in the lower school. There was an enrichment that Quest hosted. I got all the way up to my blue belt at DA, but not the ones you can in the picture above. In the image below, you can see this is the the blue belt I got up to. 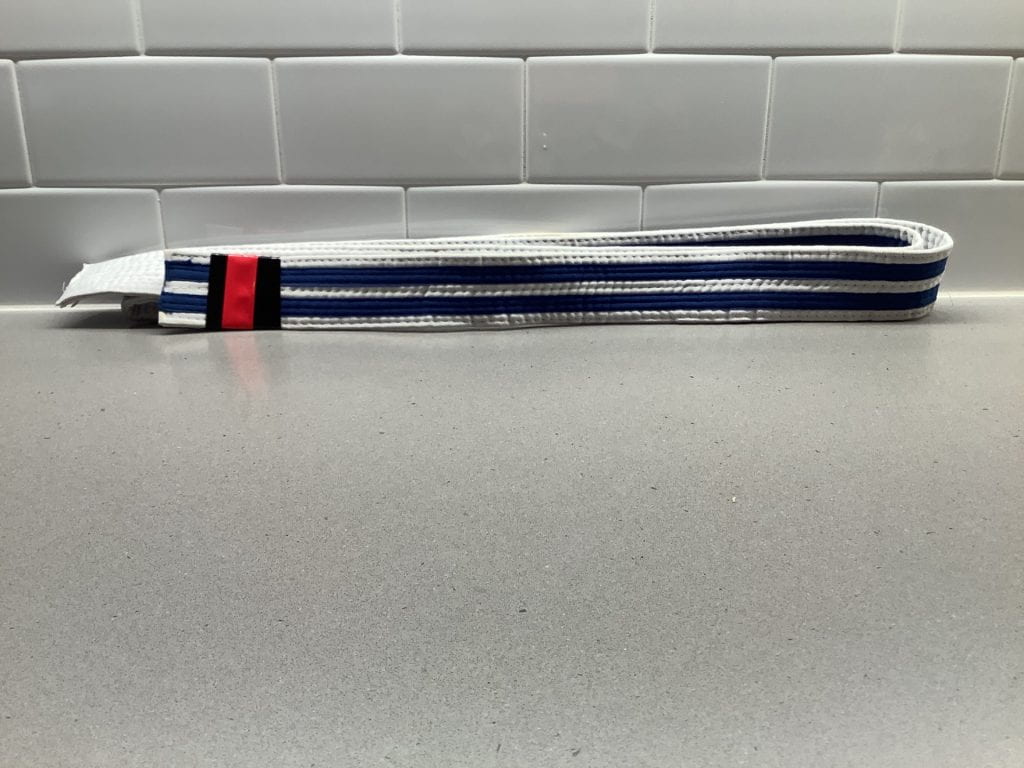 Is the blue belt low or high? To answer that it was only the second belt you get out of 34 belts. The brown black belt is the 24th belt you get. I started going to the dojo at around the age of 6 and now I am 11 and have 1 belt to go until my black belt. 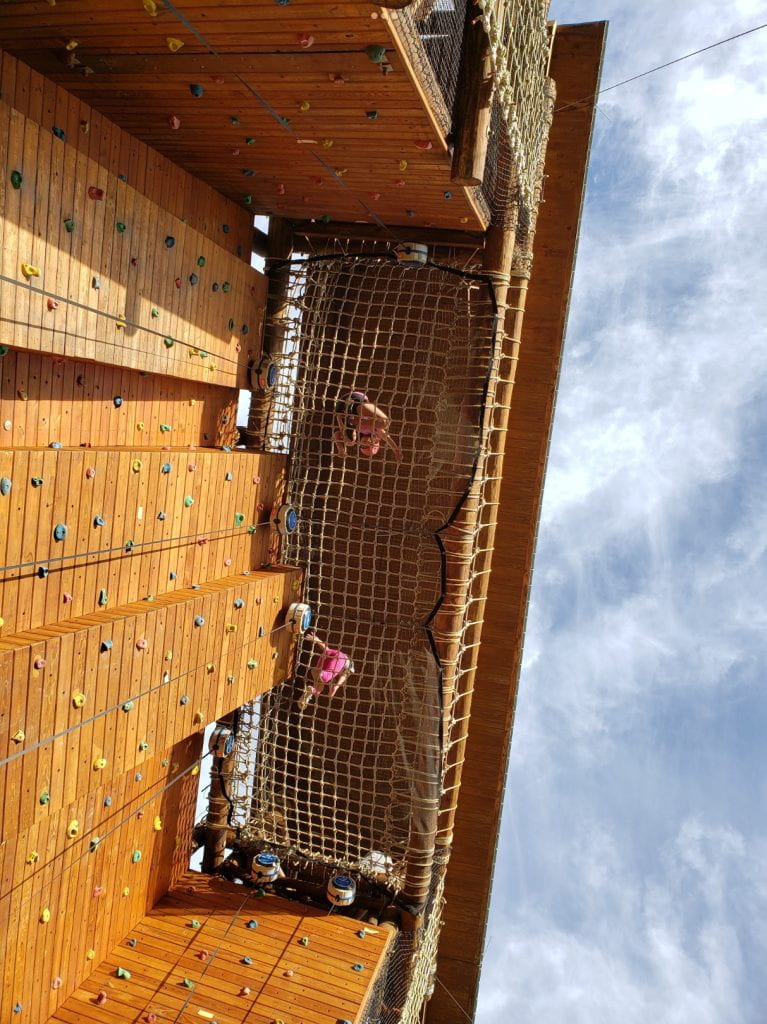 It was a day to remember starting next to two huge buses. Waiting to load up we all started to drop our stuff and make some conversation. We all knew what was coming and was all we could think about. It was called Hurricane Ian, a category four hurricane to keep our minds on. Finally getting on the bus was the best part of the bus ride. After loading up the bus we got to sit down in the luxury of the bus’s seats. When we got there everyone was ready to get off and find out what cabin they were in.

I would say that my favorite activity was probably canoeing because everyone was bumping into each other. I was partnered with Brandon, a friend of mine. We were getting the most hits on everyone but Stella was playing dirty by attaching themselves to others so when they were stuck the others were stuck with them. But in the end we got them stuck on land then decided to team up with Emma and Beck. All together when Stella hooked us together they got us free and we got them free. I think our strong point was when we pushed everyone onto land.

The best things that happened to me there was that I learned with one arm you’re not put down but brought up. What I mean by that is I was grounded but I got past and made it to the top of the sky hammock. I think my favorite thing about the trip was my cabin because almost everyone was my friend. We always made something bad to be amazing. It made us I think the strongest cabin of them. Our friendship made us not get mad but make each other laugh. 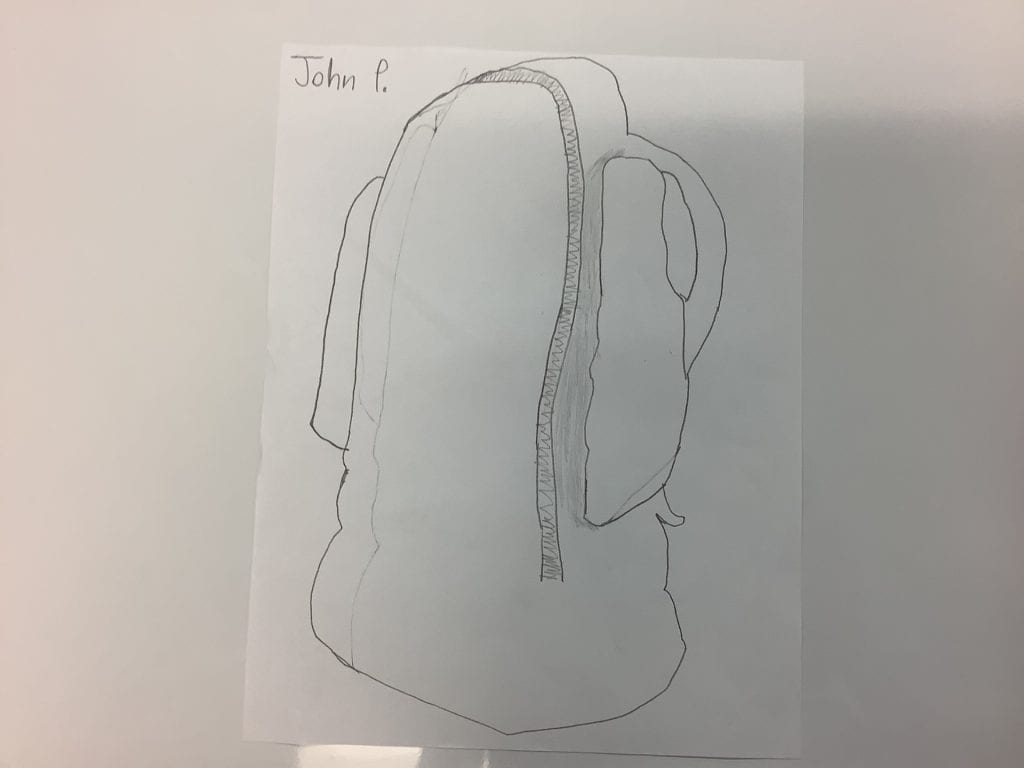 After reading Finding Someplace Reesie the main character is in a hurricane and has to pack a backpack of supplies. In her backpack she brought important family paperwork. After she went to Ms. Martine’s house. Lastly Ms. Martine’s house sadly flooded.

If I were in that situation I would use my lacrosse backpack because it is extra big. I would bring an umbrella, a phone, a whistle, a crank flashlight and a passport to leave and signal. I would also bring a watch and smart device like an Apple Watch because apple watches can call without service. I would also bring bagged and canned food plus a blanket and a towel. I would bring my knife and bow staff and a water bottle so I can protect myself plus there won’t be any more fresh water. In case we have no money in our new home I would bring a credit card. Flood wise if I fell in the water I would want to bring a life jacket and a water pressure activated float bag for my backpack so my stuff will stay afloat. I also would bring the deed to my home so when I come back we can sell the land to get a new house. That is what I would put in my backpack.

Today I will be talking about mountain biking which is also a sport.Mountain biking requires three things a mountain bike, a rocky trail and skill.I bet you are wondering why I said skill, well I staid skill because you will have to go up hills make sharp turn and go on thin trails plus there will be a ton of roots and rocks to make you fall off you bike.

Mountain biking is a Style of biking and a part of the style is the bike you ride. That is why you need to get a mountain bike to go on these trails, but you don’t need one just it helps you stay on your bike.Mountain bikes have gears pedals and very thick tires.But that is not all they also have springs in the front so that you can keep your balance.Here is a mountain bike photo. 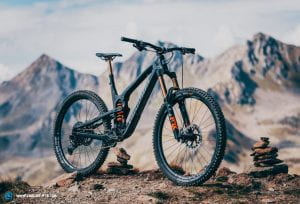 Just to let you know mountain bike can be up to one thousand dollars😲.Mountain bikes come in many different sizes they also can allow you to go up bumps to. But mountain bike sizes can go very small. Some mountain bikes five years olds can ride.I my self have a seven year old brother with his own mountain bike here is a photo. 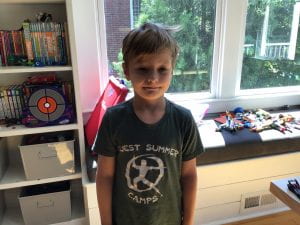 As you can see he is cute but he also is a vicious little kid and his full name is James Reece Peery.

now that we are at the end of the blog I would like to know if you liked this post.

To start lets talk about what type of bikes there are first there are just normal bikes. 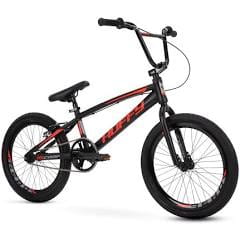 Second there are gear bikes which only have normal sized wheels. 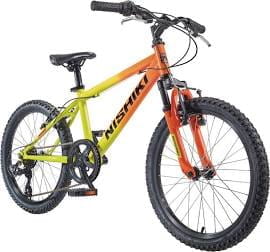 Third there are street bikes, street bikes have thin wheel and can have up to twenty five gears. 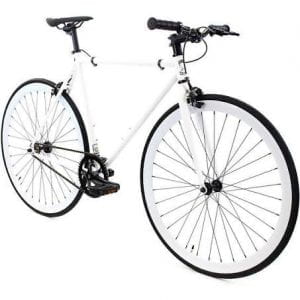 Now we are done with the different types of bikes.

and finally we are to the mane course of this blog post.Now I will tell you what bikes go with which races and maybe one mite surprise you, now we will begin the most important part of the entire blog post, time to begin.are first Mach is street bikes they do best on the street races.Second mountain bikes they go with dirt and rocks and now gear bikes and normal bikes they do best on concrete races.

Today we are going to talk about how to jump your bike.I bet you smaller folks are wondering how are we supposed to do it?But that will be no problem.So the first step is grab on really tight.Then your feet will come toward the center of the bike then jump and pull up your bike.But when you land you got put your feat back on the petals. 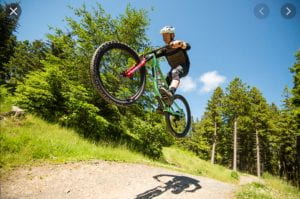 Now I’m going to teach you something I call a jack.but the hole reason I made it was because of skateboarding.Ok but a jack is when tuck your head in and turn you bike side ways which makes you come to a complete stop after like two seconds.Ok the first step is To go pretty fast.Then tuck and turn to the side your non domanit hand then you slide across the ground and that is a jack.

😈“WARNING ONLY KIDS AGES OBOVE TEN SHOULD DO THIS”😈

Ok the final thing is a jumpin jack so if you dare do this you can but read the warning which I suggest using it.All you have to do is repeat all of the step but the landing on how to jump your bike.Ok bye and have fun

The first first time I ever tried biking I was like four.I would play and play on it.But then one day on Christmas I go a pedal bike and I was scared at first gut after a wile I wasn’t.And then I got a gear bike I would ride it every were and I loved it I would just bike and bike. 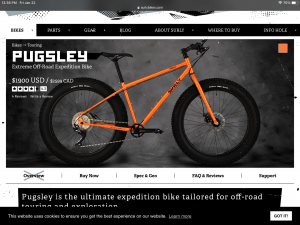 After that I would bike too the East campus with my dad.After many many bike rides I had too share with my little brother. It was not fun.We argued a lot over who would get too ride it.

But then my dad got a new bike for him and my mom plus a helmet.And then I got a new bike too.Bet you are wondering what happened too my other bike we crept it and now it is my little brothers bike.I think you mite wonder what they look like so I’m going too take a photo of them right now. 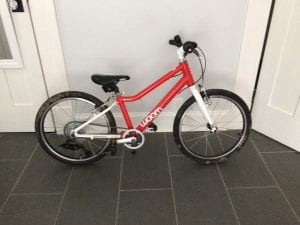 This is my little brothers bike and it is red. 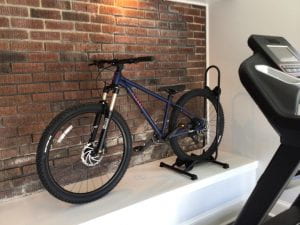 This is my bike and it is a dark blue. 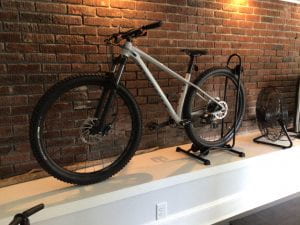 And last but not least my dads bike and it is the largest and he shares it with my mom and it is gray.